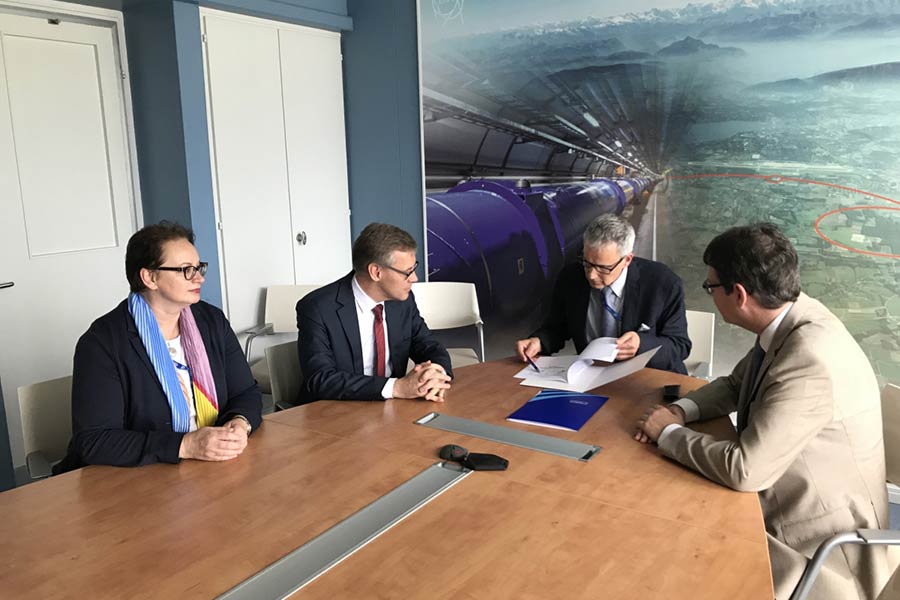 On 3 July, the signing of an agreement on the establishment of business incubators of CERN technologies in Lithuania was completed and the agreement took effect. It has been signed by Mr. Virginijus Sinkevičius, Minister of Economy and Innovation of Lithuania, and Mr. Martin Steinacher, Director for Finance and Human Recourses of CERN.

Permanent Representative of Lithuania to the United Nations Office and other International Organizations in Geneva Ambassador Andrius Krivas, who attended the signing of the Agreement at CERN, noticed that until now, CERN business incubators existed in nine CERN Member States. Lithuania, an associate member of CERN since 2018, becomes the tenth country to benefit from scientific and business opportunities offered by a CERN BIC. It is the first BIC established in an associate member of CERN.